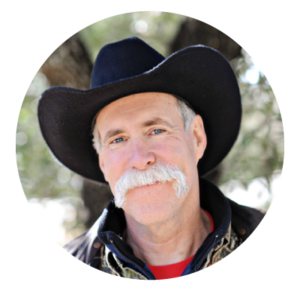 Jim is Founder & President of the Master’s Men; an evangelism and discipleship organization dedicated to helping men follow the greatest man, Jesus Christ. Master’s Men began as a businessmen’s outreach movement in 1997 and was chartered as a North American, Christian mission, in 2000. The Master’s Men motto is “We Build Noble Men”.

Jim holds a Bachelor’s degree in Business Management from Letourneau University and has certificates in Bible and Theology. Jim served on the boards of Scofield Memorial Church, Dallas; the Fellowship of Christian Athletes, with the late Tom Landry, as well as World Impact, Dallas..

Jim was ordained in Dallas, Texas, in 1990, and served for ten years as the Corporate Chaplain for Interstate Battery Systems of America. Jim has served as corporate and sports chaplain since; first for Interstate Battery Systems, then Director of Chaplains for MRO before becoming team chaplain for Dale Earnhardt. Jim continues to serve NASCAR as a chaplain to professional racers. In addition to conducting chapel services for the NASCAR race teams, Jim has led chapel services for Pro football and Baseball teams,  including the Dallas Cowboys, the Arizona Cardinals, the Texas Rangers, Toronto blue jays and Detroit Tigers,

Jim is now President and CEO for Master’s Men which serves men, globally, through a variety of online and mobile device media, as well as written materials and  personal coaching methods designed to enlist, train and launch team leaders that will duplicate the Master’s Men Model (M3) worldwide. Master’s Men serves men throughout the USA but also has base of operations, “Affiliates” in 7 countries overseas.

Jim is the author of several books, including “On The Road Again”, “Man of Influence”, “Man of Honor”, “Run to Win”, “Short Cuts” and “Discipleship is Parenting”. Jim has also published multiple articles and Bible study manuals. All of these are available online in the Master’s Men Store.

Jim is married to his one and only love and has three grown sons.